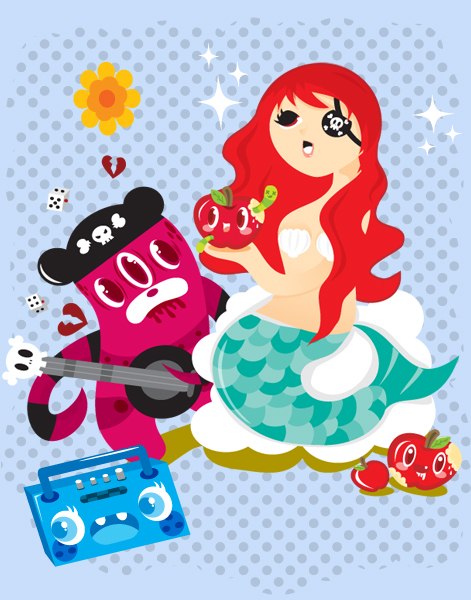 Slogan: One guy, one chick, two guitars and a bad ass laptop

Profiel
Electropop indierock laptopduo Kek Rox was formed in Rotterdam in the summer of 2007. Founder members Rox Paloma and Ziggy Rox have been fucking around with guitars, multieffects and an Apple computer for years, and hell yeah, we gotta admit the result is pretty awesome.

The first Kek Rox CD Cookie da Craze was recorded in the Roxapple Recording Studio’s in Rotterdam in 2008/2009 and released on the independent Kek Rox label. The CD sales are up, and Cookie da Craze is about to turn platinum (nr. 2467 Flexa paint).

Meanwhile, the gigs are going great: crowds are jumpin’ and the volume is high! There’s a bunch of gigs coming up this spring; check this space for further details, cos’ if there is one thing Kek Rox knows, it’s how to throw a party!

There’s Rox and Ziggy both on wall to wall guitars, a lapdancin’ beat that won’t quit and a TV spewing forth multicoloured Hollywood underwear, sex, chewing gum and furry animals – sometimes you see it, sometimes you don’t. Rockchick Rox on vocals: intrigue, husky streetpoetry, weirdness galore. And Ziggy getting his teeth into some fuckin’ extreme egotrippin’ crazy guitar art!

If you want to book us for your party, your riot or a nice quiet evening on the rocks, please send an email and two cases of tequila to contact@kekrox.com

The Ibiza Sun: “Rock my Kex! Baby, you are übercool!” ?Playboy Magazine: ‘Kek Rox… churning out some heavy lapdancin’ shit’